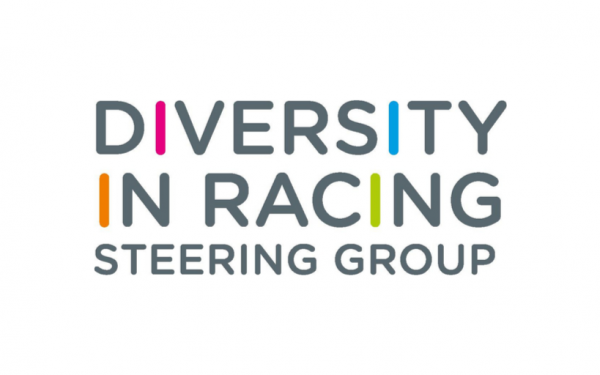 The DiRSG was formed in July 2017 to work collaboratively to champion diversity and inclusion in British Racing and to support the industry in its efforts. Their vision is for British Racing to be a sport in which everyone has the opportunity to achieve their potential and where fans of all communities feel welcome.

Now, in this exciting and challenging time, more than ever, it is vital that the sport builds on the current momentum to drive change and improve its diversity and inclusion. British racing will be a better, stronger and more sustainable sport if it can attract a more diverse audience and a workforce that better represents the make-up of our population.

The positions will require being an advocate and influencer for diversity and inclusion across the sport and a passion and ability to challenge and support change across British racing.

Successful applicants will need to attend 3-4 DiRSG meetings per year, either virtually or in person, as well monthly calls when possible and potentially undertake additional responsibility as part of sub-groups focussed on specific areas.

The DiRSG as an organisation that recognises the positive value of diversity, promotes equality and challenges discrimination. The DiRSG welcomes and encourages applications from people of all backgrounds but would particularly welcome applications from disabled and Black, Asian and Minority Ethnic candidates, given disabled and minority ethnic people are currently under-represented on the DiRSG. A knowledge of horse racing or other sport administration is desirable but not essential.

In addition, anyone with specific experience of knowledge of the following areas would be beneficial:
• experience or an understanding of racial and ethnic diversity issues
• knowledge or experience of the current challenges faced by racing staff (the applicant does not have to have held the position themselves).
Applications are now open and will close on Wednesday 23rd September.

It has also been confirmed that Susannah Gill, Communications and Corporate Affairs Director at the UK Tote Group has been appointed as the new Chair of the DiRSG.

This follows Nick Rust stepping down as Chair of the group ahead of leaving his role as BHA Chief Executive at the end of 2020.

Having been a member of the DiRSG since its formation in 2017, Susannah was previously Director of External Affairs and board member for Arena Racing Company and prior to that was Head of Public Affairs at Betfair.

Alongside her role leading the DiRSG, Susannah is Trustee of the Racing Foundation and National Horseracing College and an Ambassador for Racing to School and SportsAid.

“British racing currently faces numerous challenges which can only effectively be addressed if we work together to ensure the sport is as open and accessible to as many people as possible.

“Only by doing this will we grow overall interest in British racing from which every metric is based from racegoer and owner numbers, betting turnover and media rights revenues, through to media engagement and coverage. Being diverse and inclusive in how we think and operate is not a choice, it is an absolute necessity to ensure the future success of British racing.

“As Chair of the Diversity in Racing Steering Group I will work hard to play my part in ensuring we take a coordinated approach, galvanising the many brilliant people we have across racing’s organisations to progress the diversity and inclusion agenda.

““I would like to thank Nick for his excellent leadership of the Diversity in Racing Steering Group over the last two years, along with fellow members for their dedication and for electing me as Chair. We look forward to welcoming two new members to the Group in the near future.”