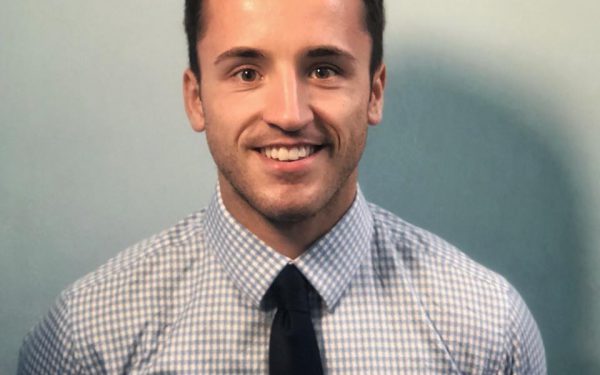 BHA employee Will Hudson talks about his life working in racing within a sport which has for the first time united to recognise and celebrate Pride.

As a very small child, I knew I was different from others around me but I couldn’t articulate what it was. I didn’t have a reference point for what being gay meant as I didn’t have any examples of gay people in either my home or personal life, or indeed within wider media/society. When I was 11, I saw a music video in which two men kissed and that was a revelatory moment for me, because it was something I’d never seen but something I identified with so strongly and naturally.

I am fortunate in that I have never really suffered from any major discrimination or a hate crime of any sort. I benefit from the privilege of being a white, middle class man and I live in a very liberal area where I can exist in my queer bubble in relative safety. However, being a member of the LGBTQ+ community, who are more likely to be targets of hate crimes than any other minority group, means you are constantly aware of your surroundings and operate in a state of hyper vigilance. It can be hard to explain to non LGBTQ+ people who never have to question their safety based on their sexual orientation, but it’s a feeling of constantly having to analyse your surroundings and assess the level of threat posed by those around you. You overanalyse if what you wear, or how you talk or walk is going to put you in danger. You look around you to see if expressing affection to a friend or partner is going to result in verbal or physical abuse from others around you.

I love working in racing

I was six when I first went racing and it was the horses that I fell in love with, which still is how I feel today. I love seeing them each time I work and never fail to be in awe of their stature and talent. I also love the variety that working in racing provides, especially given that I’m working on the racecourse. No two days are ever the same and constantly working with a variety of people in different locations stops me from getting bored. However, as with many sports, there aren’t really any openly LGBTQ+ personalities or role models who are currently prominent within racing. This reflects the progress that is yet to be made and shows it is time for our culture to evolve and positively change. It’s important that people don’t perceive who they are will be an issue and everyone can bring their whole selves to work, regardless of their role within our sport.

To be honest, I have never officially ‘come out’ at work. Some colleagues know, and I imagine some possibly don’t. I have never (and would never) lie about being gay, and I can say that in my career to date I don’t feel I have been discriminated against or harassed at work. However, in truth I have definitely consciously censored myself or felt as though I’ve not been able to be my authentic self around particular people. Having been here for five years now, I’m certainly more comfortable within myself than I was initially. Also, the demographics of my department in terms of age and gender have changed a lot since I joined, which I think has resulted in a more modern and inclusive outlook on life.

What Pride means to me

Pride is such a meaningful celebration. It’s a period each year that brings essential visibility to our community. It helps role models provide support to younger and younger LGBTQ+ and for our growing numbers of allies. It’s a time when we demonstrate true inclusivity and welcome people to join us in our celebrations and educate them. Importantly, it shines a light on the struggles we have had, and still face. Trans, non-binary and gender non-conforming (GNC) people fear being attacked for using the public toilet they identify with – something no cisgender person even thinks twice about. Our Governments and politicians are increasingly politicising our basic human rights and using them as fodder in their debates, which feels so dehumanising.  So whilst society has come such a long way in the last 50 years, there is still a long way to go in terms of reducing prejudice, discrimination and homophobia. We must show people the face of our community and push back at all the people who would rather we spend our lives in a closet.

This is the first year the BHA have recognised and celebrated Pride, it’s refreshing and heart-warming for me. The feeling of solidarity means such a lot.