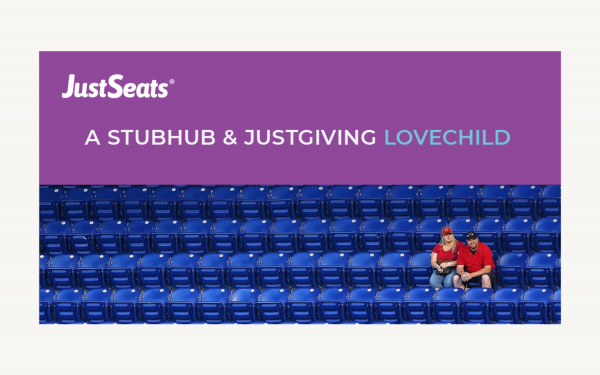 The pressure on all charities right now is intense and the landscape for funding and fundraising is likely to change and stay changed for some time, if not permanently.

A new and ‘disruptive’ ticket selling platform called Just Seats, recycles unused corporate tickets to events across the UK, giving 70% of all revenues to charity.

“Racing Welfare was quick to sign up to JustSeats and has already benefited from tickets kindly donated by Newbury Racecourse. JustSeats is a fantastic new fundraising initiative for all charities and creates a simple to use, zero-cost system for racecourses and corporates to increase awareness and their support for us,” said James Schofield, Head of Corporate Partnerships, Racing Welfare.

Ed Kendall spent many years in the racing industry with spells in Kentucky, County Kildare, Newmarket and Lambourn. Last year, he joined co-founders Ed Harden and Phil Valori to launch a new business with a social good – JustSeats.

Empty boxes at the best events

Unused corporate boxes and seats are a frequent occurrence at pop concerts, theatrical performances and sporting events. Even the Cricket World Cup Final at Lords last summer had two empty boxes. The initiative recognised the waste that was occurring , especially when ticket touts can offer an illegal and unfair secondary market.

They estimate the UK corporate wastage market to be upward of £500m a year, which in theory opens up a pool of £350m for charity.

Businesses are frequently looking for new initiatives to increase their charitable giving, engage with the charity sector, or even align themselves with a particular charity. JustSeats offers corporations an opportunity to do that with a huge upside at zero cost.

The racing industry is synonymous with charity, and JustSeats was quick to establish working relationships between leading racecourses, businesses and racing charities.

Ascot the first to donate, followed swiftly by Newbury

In October last year, Ascot became the first racecourse to donate surplus tickets with a commitment of 50 tickets per race day. With social media promotion from the nominated charities and leading jockey, Nico de Boinville, the JustSeats system sold 20 of these tickets raising £364 for charity.

Newbury Racecourse has also committed 50 tickets to every race day. The platform was used to particularly good effect by the team at Newbury, to further their support for Mencap and Greatwood on their charity race days.

Businesses with surplus hospitality; a charity that would like to become a beneficiary; a racecourse who would like to get involved; or anyone simply interested in learning more, is asked to get in touch with JustSeats