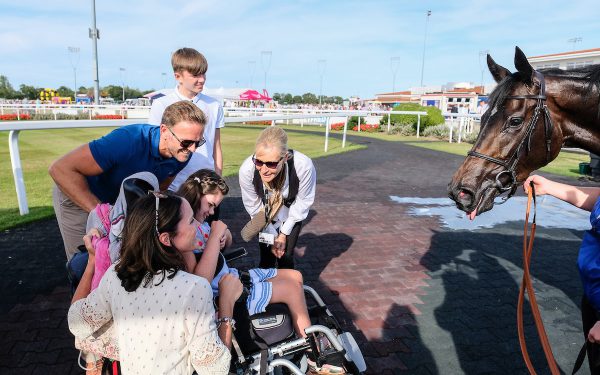 Racecourse Manager Fraser Garrity said: “It certainly doesn’t feel like five years since our first raceday but we’ve achieved a lot in the meantime. The whole team has worked so hard to ensure we’re now really well established in both the racing and local communities.”

The racecourse was named the Racegoer’s Club’s Best Southern Small Racecourse in 2017 and was shortlisted for a Racecourse Association Showcase Award for Best Event for two years running with its annual Ladies Day. The course is also proud of finishing runner-up in the 2018 National Association of Racing Staff survey of racecourses and their facilities.

Garrity added: “We are committed to a well-respected and prospering community engagement programme and our work with local charities.”

Read about last year’s community activity in Commercial Executive Georgie Thorogood’s recent guest blog which can be found here. Their ‘Year of the Hero’ initiative focussed on highlighting local heroes from all walks of life, while their volunteering programme helped numerous local causes by offering up their team’s expertise and time.