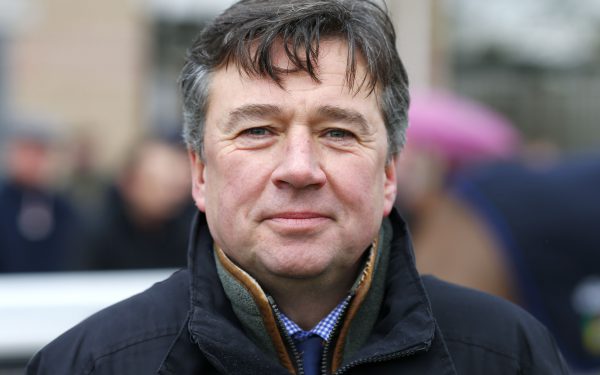 Fondly regarded as both the Ant and Dec of British racing for his engaging personality and skills on the microphone, there is much more to trainer Richard Phillips’s repertoire, evidenced by a 20-year career saddling winners and developing staff in the sport.

A great start to learning the game

I was lucky enough to always know what I wanted to do. Having been brought up near to Epsom racecourse, I spent my entire childhood following racing. Having not been bright enough to be a vet, I left school to work for a great mentor in Graham Thorner before going on to Witney College to do a horse course, then returning to Graham as an Assistant come Head Lad.

I went on to become Pupil Assistant to Henry Candy and after eight years at Kingston Warren, ended up as his Assistant. A wonderful experience, place and education.

Starting up as a trainer in the Lambourn area, I was lucky enough to have a couple of good chasers in Gnome’s Tycoon and Time Won’t Wait to get me going. Other winners followed and the chance came to take over Jackdaws Castle from David Nicholson. Jackdaws’ owner Colin Smith sold it to J P McManus within a year, however it gave us the opportunity to have some better horses including La Landiere who won the Racing Post Chase and the Cathcart.

Having a Cheltenham Festival winner was a childhood dream and a great moment. However, every winner means a great deal.

Small but with a strong team ethos

For nearly 20 years now, we have trained in the beautiful village of Adlestrop and have concentrated on being a boutique yard – giving our staff, owners and horses that ‘Adlestrop experience’.

We were fortunate enough to reach the final of the Lycetts Team Champion Award in 2019, which recognises large and small yards; it was a great achievement for all involved at Adlestrop Stables. The Lycetts Team Champion Gold Accreditation we received is awarded to yards that have shown outstanding levels of team ethos and staff engagement.

We have some wonderful, loyal characters as our owners. An example of this is our racing club, The Adlestrop Club. It has around 50 members and at present two horses: Master Vintage and Muthabir running in their colours.  The former has won twice over fences this season whilst Muthabir gave the Club a great run at Kempton recently. The Club has a monthly social gathering, which include golf days, cricket matches and even a Ladies Day at Royal Adlestrop during Royal Ascot week. Not only do we have winners, we have great fun and raise much-needed funds for some favourite charities.

Two of our most popular events are coming up in February and March.  Our annual Question of Sport Quiz on 27th February and our Cheltenham Preview evening on 2nd March.  Both events take place at the Cotswolds Club in Chipping Norton. Among are guests are broadcasting greats John Francome, Sybil Ruscoe, John Inverdale, Mark Pougatch and Jeff Stelling – many of whom double up as successful owners for the yard, too.

The two events this year will raise money for Prostate Cancer UK.  Jeff Stelling has been a great ambassador for the charity raising a great deal of money for them.

This season we will have a horse running for the charity called Roundhead – a dual winner on the Flat.  The syndicate has 25 shares available in him at a £1,000 each. We will be holding various events during 2020 to raise money and awareness for the charity, which will receive half the prize money that Roundhead wins.  All of us at Adlestrop are very proud of the monies raised for charities over the years.  It is a great way of showcasing our wonderful sport and I think it brings our community together in a common cause.

And finally, a promising horse to watch this jumps season

The horses have been running well this season and we have a few horses showing promise, including Islandray who runs in the colours of the Carbine Club Of London syndicate.  The six-year-old was an excellent second recently over hurdles at Chepstow and very much has the make and shape of a chaser.  The owners include many of the great and good of the sport and we are hoping he will give us a win or two over the coming seasons.

For further information or to support their fundraising events: