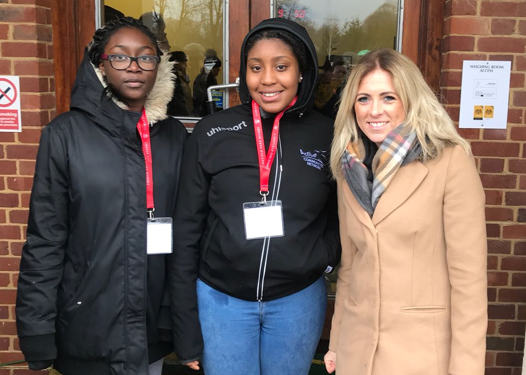 Former jockey Sammy Jo Bell might be best described as having an old head on young shoulders, having navigated the emotions and uncertainty of hanging up her saddle earlier this year to adapt to other roles in racing, including as ambassador to the youth project Take The Reins.

Having grown up around horses and being on a pony from as young as I can remember, horseracing is something I have always been passionate about. I started in a racing yard when I was 17 and it just snowballed from there. I worked for some fantastic trainers, including Jim Bolger, Kevin Prendergast and most recently Richard Fahey.

I rode for seven seasons as an apprentice jockey and during that time I had 83 winners, over 700 rides and earned over £660,000 in prize money. I had some of the most fantastic days of my life, and winning the Shergar Cup and the silver saddle award when I was still an apprentice, was easily the greatest of my achievements.

In February this year, I decided to make the difficult decision to retire from race-riding but I was in no doubt that I wanted to still be involved in the sport. I am very pleased to have become an ambassador for the Take the Reins programme through the Flying Futures community group. This is such a fantastic opportunity for me and it’s great to go into schools and share my experience as a jockey and the great times I’ve had as a way of hopefully inspiring young people about the possibilities for their careers.

The main aim is to try to encourage young people into the horseracing industry, not just to be a jockey but to explore some of the other outstanding opportunities that come within the sport. Take the Reins want to connect young people with the sport, including those interested in an apprenticeship at one of the two training colleges.

Alongside this role, I’ve just started working at York racecourse as a marketing assistant, which is a great opportunity for me to learn another side of the sport. It’s all very exciting and a great insight to all that is involved to make these magnificent racedays come together – I’m amazed at how much hard work goes into the organisation of it all.

I’m very much looking forward to the next few months in my new career and hopefully the Take The Reins programme can help change some of the young people’s lives in the same way that being involved in horses changed mine.