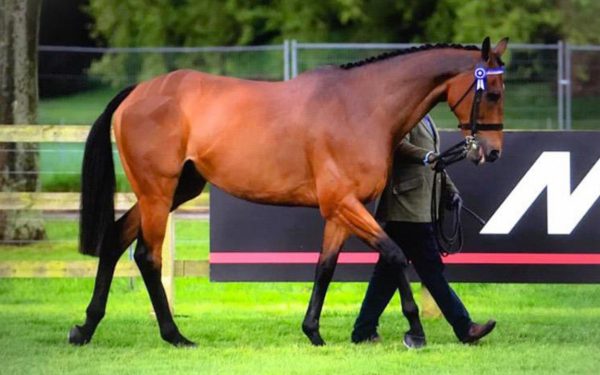 The event gets underway on Thursday 22nd August and runs until Sunday 25th August, featuring classes for dressage, jumping and showing, at what is Britain’s biggest event for showcasing the versatility of the thoroughbred.

The RoR Northern Dressage Championships start proceedings on Thursday, while Saturday’s showing events culminate in an evening performance and the crowning of the Goffs UK Supreme Champion, with a prize of £1,500 to the winner.

The 273 horses entered for the Championships have earned over £8m in prize money during their racing careers. The biggest contributor being one of National Hunt racing’s most popular horses, Cue Card, with £1.4m to his name.

Cue Card, a nine-time Grade 1 winner, will be making his first appearance at the event in what is only his first season showing following his retirement from racing in 2018. Now in the care of renowned showing producer, Katie Jerram-Hunnable, who previously enjoyed considerable success with The Queen’s Barbers Shop, Cue Card will compete in Aintree’s in-hand showing classes.

Cue Card will be joined by 2015 Cheltenham Gold Cup winner, Coneygree. The 12-year-old was only retired from racing in February but he has adapted very quickly to his new career, securing qualification for Aintree with victory in a class at the HEROS Charity Horse Show in June, when ridden by trainer Mark Bradstock’s wife, Sara.

Among a host of horses also known to the racing public is Sovereign Debt, Noland, Zarkandar, Annacotty, Thomas Crapper and Monkerty Tunkerty, who after success at the 2018 championships earned the accolade of RoR Horse of the Year.

Di Arbuthnot, Chief Executive of Retraining of Racehorses (RoR), said: “As well as Gold Cup and King George winners, the four days of competition provides opportunities for all former racehorses to excel in a different discipline, from dressage to jumping and showing.

“We would like to thank Goffs UK for their on-going and generous support, as well as the team at Aintree and all involved with making the National Championships happen. The whole event has a wonderful feel-good factor and it is so rewarding to see the pleasure working with former racehorses gives people. It does not matter whether they are competing in the elite finals or just a regular class, the smiles on their faces say it all.”

The event is open to the public on all four days and admission is free.