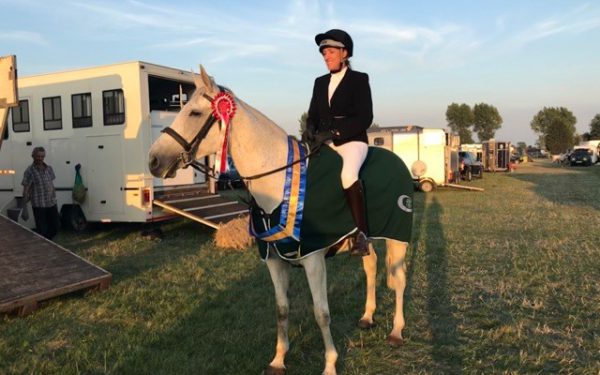 The Retraining of Racehorses End of Season Party was a special night for owners of former racehorses as the four winners of the 2018 RoR Heart Awards were revealed. The winners were chosen from over 300 nominations, 24 former racehorses reached shortlist of the 2018 RoR Heart Awards and over 3,000 online public votes were counted to pick this year’s 12 finalists in four other categories.

RoR Biggest Heart
10-year-old Elsie’s Star owned by Helen Corner from County Durham was revealed as 2018 RoR Biggest Heart Award Winner awarded to the horse that has shown the best temperament. Elsie’s calm and trusting nature was key to helping Helen regain her confidence in the saddle following their riding accident earlier in the year. Helen said; “She is loved by everyone who knows her, she lets my 11-year-old daughter ride her. She has excelled in showjumping, dressage and cross- country and brings home the ribbons! I honestly can’t put into words what she has done for my confidence, I wouldn’t have jumped 70cm before!”

RoR Healthy Heart
The winner of the 2018 RoR Healthy Heart given to the horse best all rounder was revealed as 23-year-old former racehorse Native Caption. Donald as he is known has been with owner Karen Harrison from Cheshire for 16 years and in that time he has competed at BE eventing, British Dressage and British Showjumping and most recently has taught Karen’s partner to ride. Just over 12 months ago owner Karen was diagnosed with cancer, and she says that Donald was her rock and made her treatment more bearable. “During my chemotherapy I felt so ill and was completely bald, my treat before each session was a ride on Donald around the local farm. He was so good with me, my balance and strength was at an all time low and he always behaved perfectly. I don’t think we will ever find such a versatile horse again, he is our horse of a lifetime.”

The eye-catching 10-year-old dappled grey Stilo Blue Native was revealed as the 2018 RoR Heart Throb. Blue finished racing in summer 2017 and began retraining in 2018 to qualify for the Aintree Novice at Doncaster on his first outing, and followed this up with multiple red rosettes, including three wins at NCPA POYS Championships. In such a short time, he has proved to be a heart throb on social media and with judges. Owner Samantha Osborne from North Yorkshire said; “He has blossomed in the past 12 months going from a severely lean and distant 16.2hh frame to a loving tank who adores cuddles, grooming, human attention, learning and friendship: he is beautiful both inside and out, and I couldn’t imagine life without him.”

RoR Heart Stopper
The final award of the evening the 2018 RoR Heart Stopper awarded to a horse that has overcome adversity was revealed as 15-year-old Danish Blue and collected by rider Stacey Barr from North Lanarkshire. Clare Balding said this was one of the most difficult categories to judge, she said; “I can’t believe the transformation and as with the other finalists, his condition is a credit to the love and care of his owner.” Bought five years ago from a field, Stacey has slowly nurtured and cared for Blue to transform and retrain him. He was very underweight, he had abscesses in his feet and had rain scald and the first year was all about TLC. Now five years on, Blue and Stacey have qualified for Area Festivals, the British Dressage Championships, Thoroughbred Championships and RoR Championships. This year Blue achieved a 2nd and 3rd place at the RoR Championships for both Prelim and Novice level.

Di Arbuthnot, RoR Chief Executive said: “It has been an incredibly rewarding experience to read every single nomination and every one of them is worthy winners. We would like to thank everyone who entered and voted making it so much fun and throwing their hearts into these awards.” 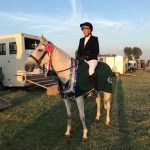 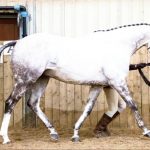 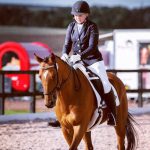 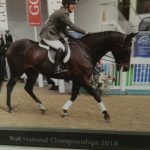 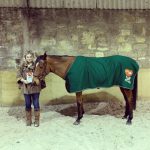