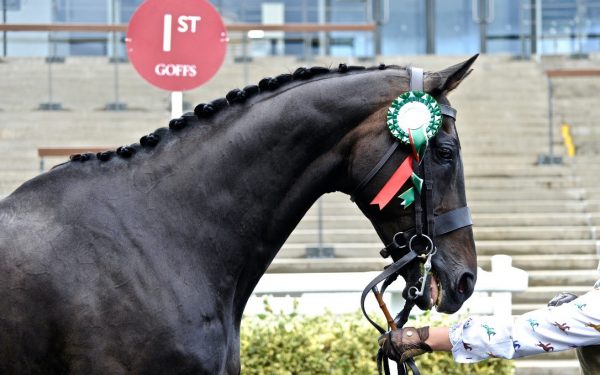 The RoR Online Show has attracted a bumper entry of 297 former racehorses, including participants from as far afield as Australia, New Zealand and the USA. Entries for the event, which was introduced to take the place of the 2020 RoR National Championships, closed last week and judging of the 30 classes is now underway with the results due to be announced on Saturday 29th and Sunday 30th August. The RoR, British racing’s official charity for the welfare of former racehorses, was quick off the mark to take the event virtual following the cancellation of the Aintree event.

British racing has shown its support for the initiative with a host of big names sponsoring or judging classes. They include champion jockey Oisin Murphy, alongside past and present champion trainers John Gosden, Richard Hannon, Paul Nicholls and Nicky Henderson.

The RoR Goffs UK National Championships, Britain’s biggest event for showcasing the versatility of the thoroughbred, was scheduled to take place at the Aintree International Equestrian Centre over the final weekend of August but owing to Covid-19 the event was cancelled. In 2019, the championships attracted entries from 273 former racehorses and that figure has been exceeded by the online version.

The move to online opened the doors for international entries and the RoR Online Show brings together horses not only from all over the UK, including some who travelled the globe during their racing career, but also former racehorses from around the world, with entries from Australia, Hong Kong, Ireland, New Zealand and the USA.

Di Arbuthnot, Chief Executive of RoR, said: “The response has been fantastic, and we are delighted by the scale of the entry. Many of the 297 horses have been entered in more than one class and in total the RoR Online Show has generated over a thousand entries spread over 30 classes, combining both In Hand and Ridden classes, and such figures are a credit to the team who have made the show possible.

“To have representatives from Australasia, Hong Kong and the USA is also a great boost. Through the IFAR organisation, we have been working hard to develop an international community of aftercare providers and a silver lining to the dark cloud of the pandemic has been the ability to take entries from all over the world.”

Few of the entered horses will have accumulated more air miles than Toast Of New York, winner of the UAE Derby in Dubai and beaten just a nose in the 2014 Breeders’ Cup Classic at Santa Anita. Now based with Charlotte Illingworth in West Yorkshire, ‘Toast’ has been entered for two classes, including the ‘Always A Star’ in-hand class. The gelding’s former trainer, Jamie Osborne, together with Jimmy McCarthy, former jump jockey and Toast Of New York’s work rider, are among the judges drawn from the racing and showing worlds who have kindly agreed to select the winners.

The judging will be done by a combination of volunteers from racing and the wider equestrian world. Joining Jamie Osborne and Jimmy McCarthy are Henrietta Knight, Deidre Johnston, Chanelle McCoy, Nicky and Sophie Henderson, Nico de Boinville, Bryan Smart and Luca and Sara Cumani. Champion jockey Oisin Murphy, working alongside Emma Balding, has also agreed to judge a class, as have broadcasters Oli Bell and his father Rupert.

Former European Champion and three-time Olympic medallist in eventing, Tina Cook, is joining her mother, Althea Gifford, to judge a class. Other judges include showing producers Katie and Chris Hunnable and Richard Ramsey, who themselves have produced RoR champions in the show ring, and experienced showing judges Hopper Cavendish, John James and Jonathan Geake, who will be judging a class with RoR Ambassador Guy Disney.

Di Arbuthnot added: “We are indebted to our sponsors and judges without whom the staging of the show would not have been possible. The support shown by the racing community and beyond has been heart-warming.

“The cancellation of equestrian events this year left an unfillable void, but we have worked hard to continue to provide a service to the thousands of RoR members and their horses. The popularity of the online show demonstrates that such efforts have not been in vain.”

The results from the 30 classes will be announced online over the course of the final weekend in August, between Saturday 29th and Sunday 30th August 2020.