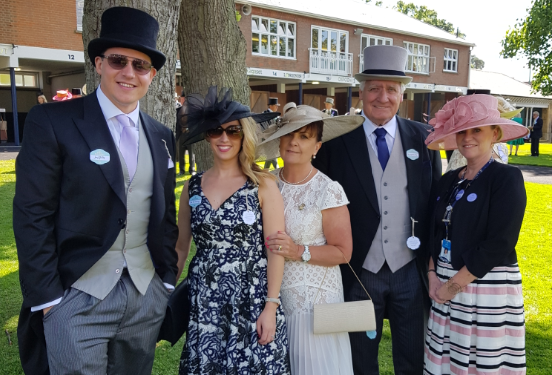 Jim Fyfe (left) – Philanthropy Director at Berkshire Community Foundation discusses the partnership with Ascot Racecourse and the benefits it brings, providing a lifeline for beneficiaries struggling with mental health issues and helping strengthen the local community.

At the beginning of 2017 Berkshire Community Foundation (BCF) and Ascot Racecourse entered into our official charity partnership. BCF is the largest pan-Berkshire charitable grant-maker, awarding over £1million to local charities and voluntary organisations every year addressing issues such as poverty, homelessness, social isolation, domestic violence, and seriously-ill children. We are part of a UK-wide network of Community Foundations who collectively award just under £90million each year, making them the fourth largest funder to the charity sector in the UK.

To achieve our £1million in charitable grant-making, BCF works with local businesses and individuals on their philanthropy and charitable giving. We use our local knowledge and expertise to connect them to the causes they are most passionate about, whilst also conducting in-depth research on the needs of the local community every year, ensuring that our supporters can make a significant and measureable impact through their grant-making.

Ascot Racecourse has so far donated £60,000 to BCF to fund projects supporting children and young people across the County, with a particular focus on those suffering with mental health issues. Ascot’s involvement with BCF was timely, as in 2016 BCF identified that mental health was the number one issue affecting the Berkshire community and we ran a year-long campaign throughout 2017 raising awareness and vital funds to support mental health projects across the County called ‘Brighter Berkshire – Year of Mental Health’. The campaign raised over £250,000 which was awarded to 28 charities in Berkshire tackling the growing issue of mental health in the local community.

In addition to raising funds, the campaign also ran a series of awareness-raising events through their partnership with Brighter Berkshire, a group of community-led volunteers, to help reduce stigma, encourage people to seek support and to speak more openly about their own mental health challenges. One of the events was the launch of a school song writing competition which was the brainchild of Pete Doyle at The Rock Academy in Reading. The aim of the competition was to engage young people in something they love with the theme of mental health, as it is well documented about the powerful impact music has on mental health, and this was a great way of engaging young people, parents and teachers and members of the music industry in being more open about talking about mental health.

The final was held at the annual event of The Rock Academy Foundation where Charlotte Perry, a local school girl from The Abbey School in Reading, was awarded first prize for her song ‘The Fisherman’ https://youtu.be/VzsFwoglBB4 . Her prize was a four-hour recording session at Platform Studios and she also performed her song at the Berkshire Community Foundation showcase event at the Madejski Stadium in March 2018, where the funds that had been raised were awarded to local charities in front of a room full of BCF donors and supporters, including Jacqui Greet from Ascot Racecourse. Jacqui was so impressed by Charlotte’s performance that she got in touch the very same week to offer her the opportunity to perform at the Family Race Day in July. 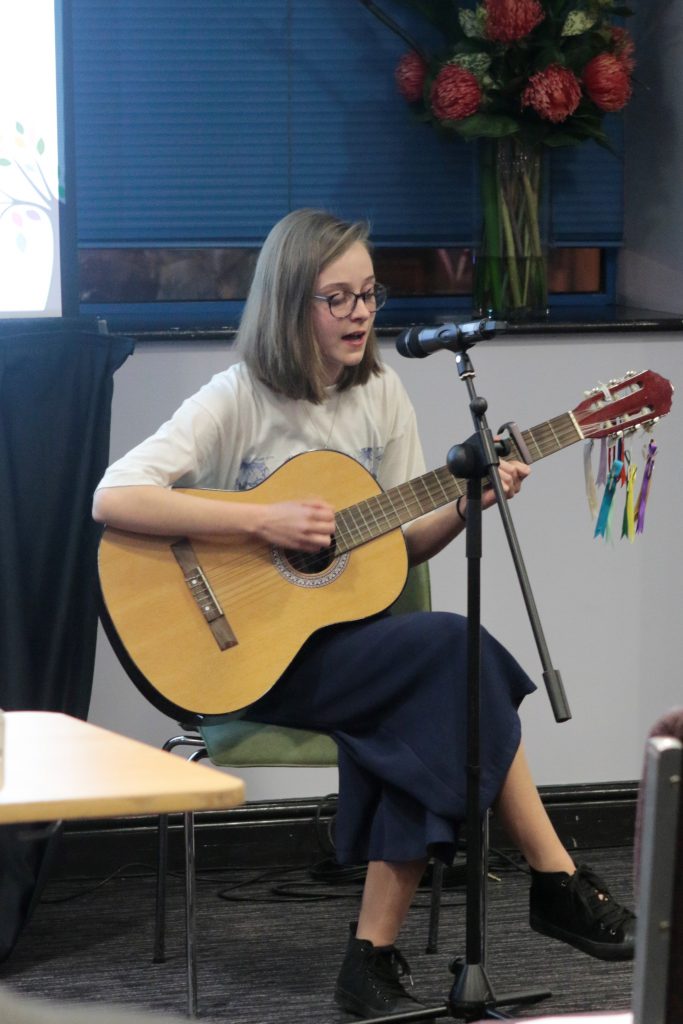 The partnership with Ascot Racecourse and BCF has been a great example of a local business that takes its Corporate Social Responsibility seriously and realises the importance local businesses have towards supporting their local community. Given the austere times we are currently living in where we are seeing unprecedented need and demand on our funding, by working with their local Community Foundation, local businesses can make a real impact with their giving. They can be safe in the knowledge that their funding will be supporting so many grassroots projects, which often fly under the radar a lot of the time, but provide a lifeline to their beneficiaries and ultimately help strengthen our local communities where we live and work.