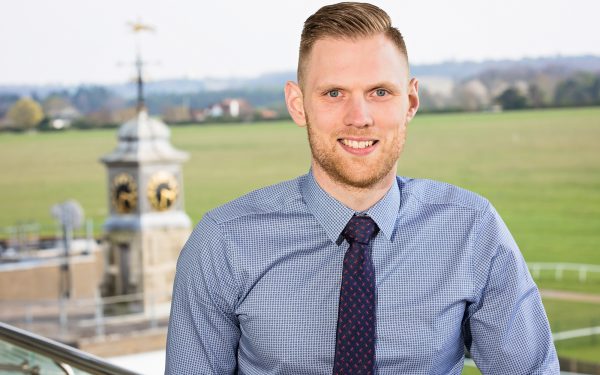 The Together Tuesday Group, based nearby in Hadleigh, were treated to a special visit to Newmarket during the Craven meeting as part of Regional Marketing Executive Chris Burton’s drive to connect with all parts of the community.

As Regional Marketing Executive for The Jockey Club’s East Region Racecourses, Newmarket, Huntingdon, Nottingham and Market Rasen, it’s been a busy few months, in particular building up to both the bet365 Craven Meeting and the QIPCO Guineas Festival. During this time it was important to find time to ensure that the local community is at the heart of what we do.

Craven day a chance to reacquaint with our neighbours

We use our April meeting to welcome the community back to The Home of Horseracing and in previous years, have offered residents with a CB8 postcode, complimentary entry to enjoy the action – the offer had 2,924 redemptions!

This year was different for two reasons. Firstly, we were able to extend the offer to include anyone with a CB postcode, which included  potential racegoers in Cambridge and the surrounding areas. We were also able to invite a very special group along to enjoy the day with us: Together Tuesday.

A regular meeting place for all

Together Tuesday, based nearby in Hadleigh, is predominately for people living with Dementia and their carers but the group is socially inclusive enabling anyone to attend regardless of age or ability. I was introduced to Together Tuesday through Abbeycroft Leisure who provide the facilities and help run the group.

The idea to welcome the group to Newmarket was one that instantly struck me when I went to visit the group one Tuesday afternoon in December 2018. I was introduced to various members of the group and one chat with Michael was particularly memorable.

I explained where I work to Michael and instantly I noticed a change in his confidence, through the memories he was able to re-live from his time visiting Newmarket Racecourses with his brother, who also has a keen interest in racing. It was an amazing moment as, unfortunately, Michael wasn’t able to remember exactly what he did yesterday or even what he’d had for breakfast that day. However, something about those memories with horseracing managed to stay with him and I listened to many a story about where he watched the races from, his earliest racecourse memories and the other racecourses he’d visited in England. I stayed with the group that afternoon and got chatting to other members, finding out their stories and more about each person in the group. I even got involved in one of the group activities – a table top cricket game that involved around 10 members of the group.

Excitement was growing as they counted down the days

The group is inspirational for both its members and the organisers who all have a real sense of community. Discussions around the table with a cup of tea clearly mean so much to them and it’s an honour to be involved with the group and to be able to organise an event that undoubtedly was something different to the norm.

“The visit has been the talk of the group ever since.  Each week people were counting down the days until the visit, discussing what they were going to wear and all the arrangements that needed to be made. People Living with Dementia; their Carers/family members; volunteers and staff all attended on the day and ages ranged from 10 years to 85.  Some attendees had limited ability due to physical or mental health constraints but this wasn’t a barrier to their fun. Some are socially isolated, some care for their loved ones 24-hours a day and some volunteer each week in supporting members who attend the Together Tuesday group alongside myself a paid member of staff.”

It was clear that the day was an experience that six months ago they would never have believed they would be having.  We tried to provide reassurance at every stage that anything that they might worry about would be overcome. Working with the group will hopefully have helped make positive memories for people to recall in the years to come.  To see them joking and laughing, enjoying a day out with others attending the first race day of the season what was it was all about.

To hear from the group that they felt they were treated as very special people and not people to be felt sorry for was really encouraging. It is the least we can do to make facilities available to some people who never go on trips. We wanted to create a safe place to be, a base where people could come and go but also watch the racing on the television.

By no means a one-off event

The local community plays a huge part in the strategy at Newmarket Racecourses. We look to help and support the local community, not only with things such as free tickets offer for residents but also the work we do with other local groups, for instance, working closely with Newmarket Town Council for the Christmas lights switch-on.

We look to get involved with many different projects of our charity partners but also arranging events like a football match to raise money for charities, which I organised in October 2018.

We also are heavily involved in the education side of things in support of local young residents. We work very closely with the Newmarket Academy, alongside Racing To School, to provide projects that the pupils love taking part in and want them to be part of racecourse life.