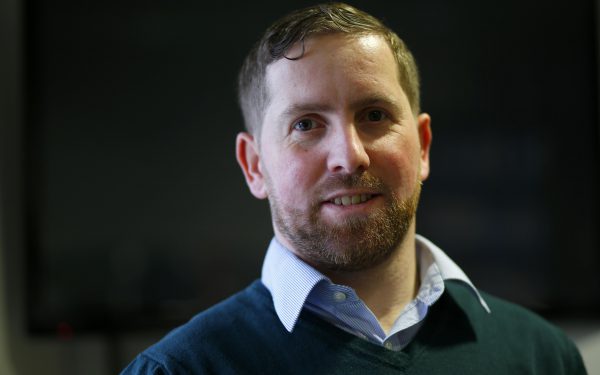 Kevin Parsons, who has recently joined the Racing to School board, recites his career so far in racing, starting as a young boy attending Salisbury Racecourse with his family, to his current role as Union Learn Project Manager for the National Association of Racing Staff.

My first memories of racing were as a young boy, living in Salisbury and just a mile or so from the course. We spent a few days every year as a family at the races and I remember standing on the rails and watching the horses and jockeys come steadily by before seeing the whole pack whizz past minutes later. Hearing the hooves bouncing off the ground and the cheer of the crowd was brilliant.

My mum also rode a bit, exercising the local Wilton Hunt horses. She had learnt to ride many years ago at a local riding centre that was also supposedly famous for starting one of the great Desert Orchid’s jockeys, Colin Brown. I wouldn’t have dreamt that I would go on and be lucky enough to ride Dessie when working in racing.

I would spend many weekend mornings at the centre learning to ride, bouncing around on the back of some little pony while trying to learn how to trot. Once I got the hang of that and gained more confidence, I was popping over small jumps here and there.

Luckily at the Wilton Hunt they had a couple of quiet ones and they gave me a chance to then ride some of those, riding them out in the morning before school and dreaming of being a jockey. 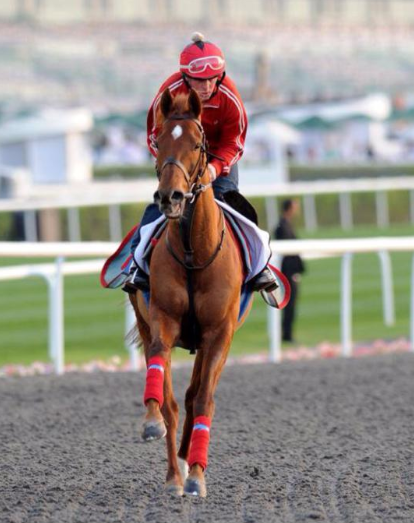 At the age of 14 and through an owner with my mum’s boss, Mick Channon I was lucky enough to arrange to spend a week in the school holidays for work experience at Kingsdown Stables in Lambourn.

My parents drove me up on the Sunday night and helped set my bed up in the lads’ hostel ready for the week ahead. I was nervous and excited and was blown away by it all: horses everywhere and some great staff that welcomed me; to this day I can remember it all clearly.

Every day I would jump in the car with Mick for first lot; watch the horses gallop by and then jump on an old horse called Morocco and ride him home. Amazing – I was sat on a winning racehorse among a string of 30-odd horses.

I spent every spare school holiday and weekend at that yard and am forever grateful to the staff there who helped me get the racing bug, some still in the industry: Lesley White is one who is still Head Travelling person to this day. The horses I can still remember and was lucky to even just stroke, were the likes of Piccolo and Fleet Hill. 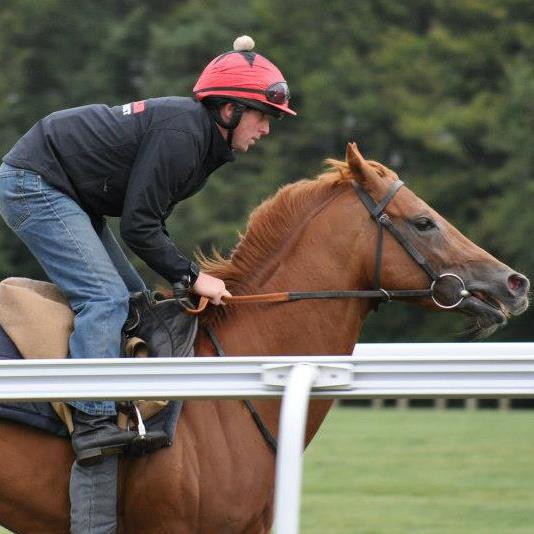 I applied to go to the British Racing School and was accepted way over a year before I was set to leave school, which was a huge achievement. This decision gave me something in place for when I left school but also made me very complacent in my school work. I hardly revised for exams: who needs Maths, English and Science when I’m set to be the next Frankie Dettori? I now realise how important those subjects are to us all.

Following a brilliant stint with trainer Roger Charlton, I joined the BRS in August 1996 for my nine-week course. I was hoping to leave a much better rider and become the jockey I’d always dreamt of being. On my last day of the course my parents were invited in to watch me and the other students l’d canter up the gallop on our final day. I was sat in last place of three and not meant to overtake the other two at all, but nervous and with legs like jelly I was gone, overtaking the other two. At least I was first to the top!

My first ride as an apprentice was at Pontefract in 1998, weighing 7st 5lbs. My family had driven up to watch and even though I only beat two horses, I was delighted. 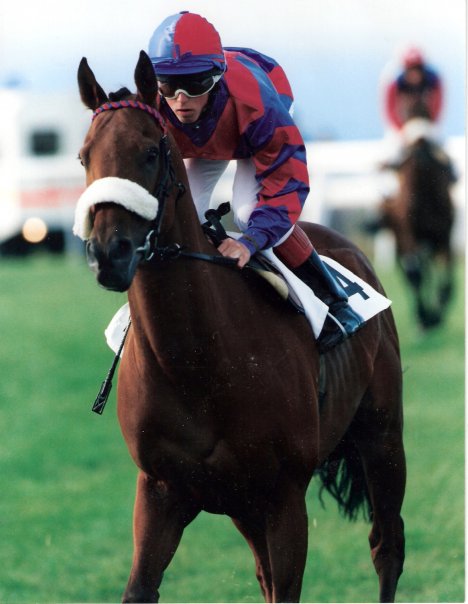 I went on the have 65 rides and managed to steer two winners home, both at Brighton. The first winner was for another boss of mine David Elsworth who also gave me my first ride over hurdles. My riding career wasn’t the success I had hoped for – too heavy for the Flat and not quite good enough. Undeterred, I pursued various other roles in the industry as a Work Rider, Head Lad, Assistant Trainer and the best job in the industry, Travelling Head Lad.

I have been very lucky to work for some other fantastic and successful trainers, such as David Loder, Roger Varian, John Gosden and Chris Wall.

My finest day in Racing was the day Elusive Kate won the Prix Marcel Boussac as a two-year-old. I had driven the lorry to Longchamp with Masked Marvel on board for a run in the Arc. The reception we received from the crowd after Elusive Kate’s victory, parading in front of the stands and walking back into the winners’ enclosure that day will stick with me forever.

My current role is as Union Learn Project Manager at the National Association of Racing Staff, which I have been doing for nearly six years now. I am able to help other racing staff across the country improve their qualifications, as many joined the industry as I did, loving horses and not caring about the importance of English and Maths. These are courses I now help provide, to give staff an opportunity free of charge to refresh or improve these skills.

The project also offers Computer Courses, English courses for foreign staff and Mentoring Courses across the country. The Government-funded project has been very successful and in 2017 I was very honoured to be runner-up in the Community Award category at the Godolphin Stud and Stable Staff Awards. 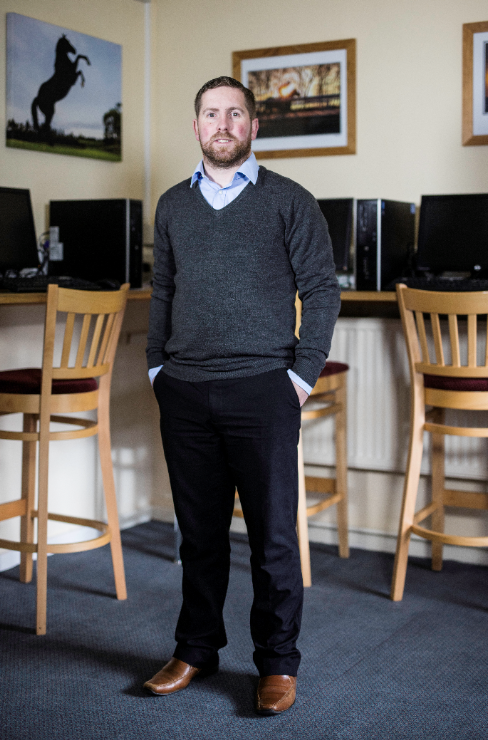 Joining the Racing to School board

When I was approached about joining the board of Trustees for the charity Racing to School, it was something I couldn’t turn down. To have the chance to support young people and to influence their excitement about racing, in the way I got the bug at a young age would be great. I have already seen first-hand the great work that goes on having helped Ollie McPhail at a Newmarket event a couple of years ago. I am very excited about being involved and learning more about what goes on.