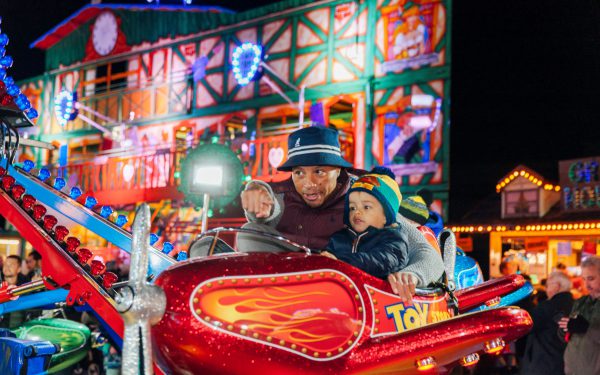 Almost 8,000 members of the public enjoyed two theatrical fireworks displays at Chester Racecourse on the evening of November 2nd, as a magnificent display of fireworks lit up the skies above the Roodee. The event was hailed a success by organisers Chester Racecourse, who were supported by event partners Cheshire West and Chester Council: Chester Charter of Trustees and The Architect.

The racecourse put on a spectacular show for the thousands of spectators in attendance. There were 60 volunteers working on behalf of Supporting Homeless Assisting Refugees Everywhere (SHARE), Chester Lions and the Lord Mayor’s nominated charities; they collected charity donations via a bucket collection from the generous crowds and over £3,300 was raised on the night. Once added to the contribution from event hosts and partners, the charitable donation figure reached a staggering £15,000.

“We are thrilled by the generosity of those in attendance who considerately donated to the worthwhile causes on the night and hope that the substantial figure raised will go towards helping improve the lives of others by funding many positive initiatives driven by the nominated charities.”

Speaking on behalf of charity Share, Trustee Debra Webb said: “Share is a local charity and a huge community initiative. We have 140 volunteers locally and events like this one tremendously support the work that we do. We couldn’t survive without the support and generosity of the local community and local businesses who pledge their support to us and we are absolutely delighted with the amount raised through such a fantastic event.”

The Lord Mayor’s Fireworks Extravaganza is the first in series of events and supporting initiatives to commemorate the ongoing pledge to support Share as its charity partner for 2019/2020. Chester Race Company will be committing 1000 volunteering hours through their Project 1000 scheme, which will see race company employees donate time to projects run by Share.

During the first two weeks of November, a team of staff helped to decorate a new Share property providing supported accommodation for the homeless community of Chester. Chester Race Company Charity Coordinator Jeannie Chantler said: “Our Project 1000 CSR initiative has been a resounding success since we launched in 2016. For the coming term, we made the decision to solely support one charity partner and evolve the commitment from Chester Race Company to incorporate additional opportunities for the chosen charity and broader support.”