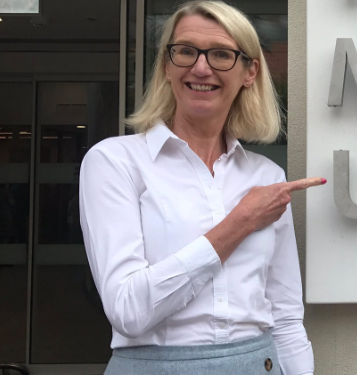 Lynda Thomas, CEO of Macmillan Cancer Support never ceases to be astounded by the generosity of racegoers, as well as the hard work of staff and volunteers who make the Macmillan Charity Raceday at York Racecourse such a success.

Macmillan Charity Raceday is a fundraising collaboration with York Racecourse and was founded by the late Reg Griffin in 1971. Since then, the public has raised over £8 million for Macmillan and other charitable organisations. The money donated to our charity makes a very tangible difference to our work, supporting people living with cancer across the UK at the times when they need it the most.

Macmillan’s ambition is to reach and improve the lives of everyone living with cancer and to inspire millions of others to do the same.

In 2017 the charity helped 1.6m people through personal, high impact support from Macmillan professionals or services.

As a result of the generosity of Macmillan donors and continued hard work from staff and volunteers Macmillan was able to raise a record amount of £247.7 million in 2017.

Racing’s contribution is so important to our work, not just in providing valuable funding but as an effective way of engaging and informing a wide community about the resources available to support an issue that affects so many.

Macmillan Charity Raceday is the single biggest fundraising event in the charity’s calendar. I go every year and this June more than 21,000 people came along to help raise more than £470,000 – a phenomenal amount.

A charity race for amateur riders, known as the Best Western Hotels & Macmillan Ride of their Lives, is a relatively recent addition to the action on the day. This year’s race saw a nail-biting dead-heat and plenty of attention on Chris Hughes – star of Love Island and a Coral #LoveRacing ambassador. Chris went onto to finish fifth in the race, having raised extra money for Macmillan by hosting a selfie station on the course.

The stories among the 11 riders are truly inspirational: Bels England, for instance, was diagnosed with cancer last summer and took this race on having finished her treatment. Not only that, but she also raised more than £15,000 for Macmillan. They’re all incredible supporters, taking on months of training and passing assessments, as well as raising a total of £110,000 for Macmillan. It really was a fitting finale to the day, which also included charity auctions, a grand raffle and collections.

We are so grateful to all the team at York racecourse and I’m pleased to confirm that the raceday will return next year, as we edge towards another landmark – the 50th Macmillan Charity Raceday in 2020. I am really looking forward to growing our partnership with racing over the next few years.