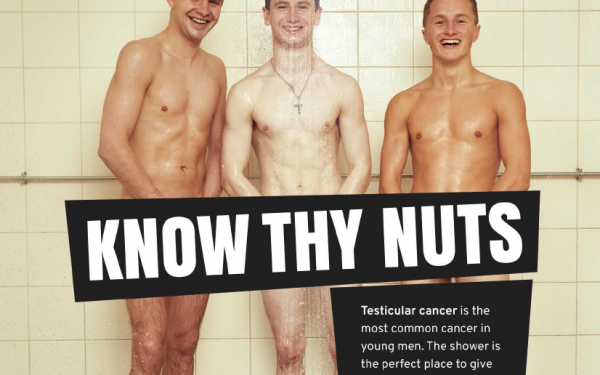 The charity is a leading voice in addressing the biggest issues facing men’s health, including prostate cancer, testicular cancer, and mental health and suicide prevention. The partnership will seek to raise awareness of these issues amongst racefans and the hundreds of thousands of people who follow QIPCO British Champions Series each year, as well as contributing to Movember’s vital fundraising efforts.

To launch the partnership, and tying in with Testicular Cancer Awareness Month (TCAM) in April, Movember and QIPCO British Champions Series have enlisted the help of some of the brightest young jockeys in the weighing room – Oisin Murphy (23), Charlie Bishop (25) and Tom Marquand (21) – in a video to raise awareness of the disease. Testicular cancer is the most common cancer amongst young men and the best place for men to check themselves for the disease is in the shower. The initiative aims to raise awareness of Movember’s Know Thy Nuts campaign to inform young men about their risk of testicular cancer and educate them to perform testicular self-exams on a regular basis.

“We are proud to partner with such an important charity as Movember. The issues that Movember addresses touch all our lives – whether it’s related to a brother, son, father, friend, husband or partner who has been affected by cancer or mental health issues. Through this partnership, which is the first of its kind for QIPCO British Champions Series, we will be supporting Movember’s vital work in tackling the biggest health issues facing men and in raising awareness to help stop men from dying too young.”

“We are delighted to announce our partnership with QIPCO British Champions Series, and for their support during Testicular Cancer Awareness Month. The fact that so many men are unaware that they are in the highest-risk age group is very worrying. There’s a widespread assumption that it’s a disease that predominantly affects older men but that’s just not the case. Testicular cancer strikes young so checking regularly and knowing what to look for is crucial.”

“It’s shocking to think that almost two-thirds of 18-34 year-old men don’t know that they’re in the most at-risk age group for this disease. It’s so important that men know their risk and check themselves regularly. Anything that we can do to raise that awareness is really positive.”