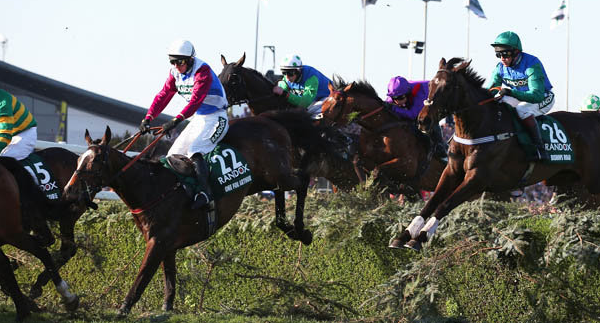 The third year of National Jockeys Day – a partnership between the Injured Jockeys Fund and Betfair – has once again demonstrated the power of social media in support of good causes. The bookmaker is donating a £1 for every tweet sent on November 25th using the hashtag #NationalJockeyDay.

The initiative is on course to raise another £50,000 in support of the charity’s work. This year’s event took place on the same day as the Betfair Chase at Haydock and was backed by a wide range of individuals in the racing industry.

Lisa Hancock of the Injured Jockeys Fund said: “We are really grateful to Betfair for running the National Jockey Day campaign again – people love raising money in this way via Twitter, and the campaign is really good at raising awareness of what the IJF do.”

Betfair’s Media Relations Manager Katie Baylis said of the day: “Jockeys are by far some of the bravest athletes in the sporting world and we are pleased to once again be running National Jockey Day.”

Jockeys riding over jumps and on the Flat are always prepared to do their bit to support a range of charities that work for and alongside the sport. Many act as ambassadors and few need a second invitation to compete against each other for a good cause – whether on a football pitch, in a boxing ring or within a show jumping arena.