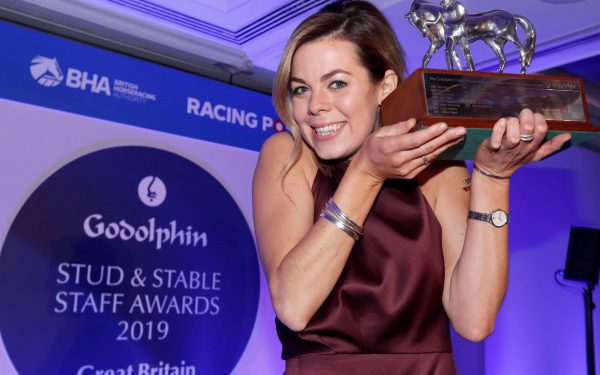 The nominations are officially open for the 2020 Godolphin Stud and Stable Staff Awards and will close on Tuesday 12 November. The awards, now in their 16th year, recognise and reward the outstanding skills, commitment and contribution of over 10,000 stud and stable staff in England, Scotland and Wales.

Hugh Anderson, Managing Director of Godolphin (UK and Dubai), said: “It is crucially important that we reward those dedicated, hardworking people who do so much for the racing and breeding industries and Godolphin is delighted to be continuing its support of the awards for 2020. I would like to wish all those who are nominated the best of luck on behalf of His Highness Sheikh Mohammed bin Rashid al Maktoum.”

Sponsored by Godolphin and run by the British Horseracing Authority (BHA) in association with the Racing Post and Racing TV, the awards provide total prize money of £128,000 with up to £40,000 available to a single yard or stud.

Nominations will close on Tuesday 12 November and can be submitted on behalf of anyone working in a yard or stud online at the Godolphin Stud and Stable Staff Awards website,  www.studandstablestaffawards.co.uk

Video submissions will again be accepted in advance of the 2020 awards, ensuring that the nominations procedure is as fair as possible for all those involved, irrespective of their level of written communication and language skills.

Click below to view the Godolphin Stud and Stable Awards 2020 promotional video:

It has also been announced that Alice Plunkett will be replaced by Rishi Persad on the Judging Panel, which will once again by Chaired by Brough Scott. The Awards will take place on Monday 24 February 2020 at The Underglobe, which is directly beneath Shakespeare’s Globe on London’s South Bank.

Nick Rust, Chief Executive of the BHA, said: “Those who work at yards and studs up and down the country are the backbone of our fantastic racing and breeding industries.

“These awards highlight year-on-year some of the people who are so devoted to our horses and who give so much of their time to keep the show on the road. We are lucky to work alongside them and I look forward to hearing more examples of their enthusiasm and commitment in 2020.”

This award celebrates “an individual… who has made an outstanding contribution to either the racehorses or to the lives of those working within the industry, or on racing’s behalf, in local communities showcasing the social responsibility of our sport, for either equine, humans or both.”