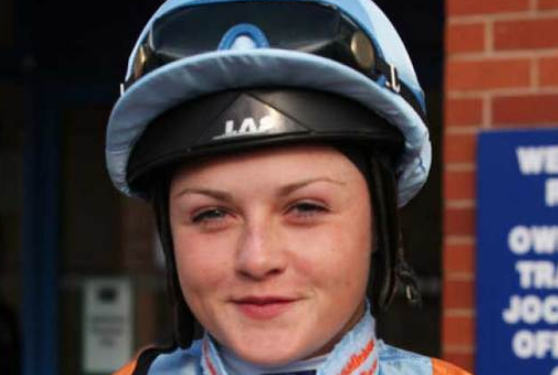 The racing world was united in shock when 25-year-old Laura Barry died of cancer in July. Her four year career in the saddle brought her 193 rides and 18 winners.

The Laura Barry Charity Ball held at York racecourse in late October was an opportunity for family and friends to bring the racing community together to support the charities that did most to support Laura during her illness.

The black-tie ball was well supported and an auction and raffle contributed to a total fund of over £10,000.

Laura’s close friend Bertie Hayton who organised the ball said: “The Injured Jockeys Fund, Macmillan Cancer Support and Sarcoma UK all did so much to help Laura, so we wanted to help these wonderful charities in return.”

The Injured Jockeys Fund, in particular, was pivotal in the care that Laura received for the entirety of her illness, including flying her home via private air ambulance just days before her death.