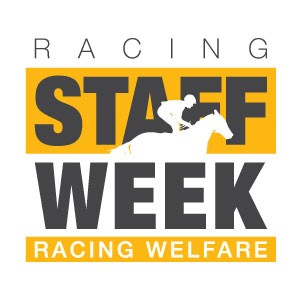 Racing Staff Week set to kick off on June 29th

Racing Staff Week is a celebration of everyone working to make horseracing happen every day of the year.

Generating over 3.4 million hits of #RacingStaffWeek last year, Racing Welfare’s social media will once again track events throughout the week and is this year set to host a series of special films, shining a light on the individuals who work behind the scenes to keep racing moving.

Industry stakeholders planning initiatives include the Thoroughbred Breeders’ Association, Racehorse Owners Association and Careers in Racing, more details of which will be announced over the coming days.

Coordinated by Racing Welfare, Racing Staff Week seeks to shine a light on the contribution of all of racing’s people and to generate rewards during the week itself, as well as building a legacy of longer term initiatives that positively impact the lives of people working in the industry all year round.

This year, Racing Welfare will be focus on bringing to life the people behind the industry’s job roles. The charity will also be highlighting good practices that are going on in the industry already, using our channels to inform the racing public about these in greater detail.

Activities to look out for:

Racing Welfare will broadcast a call to action from 26-28th June and throughout RSW for everyone working in racing and breeding to post pictures of themselves using #WeAreRacing, tying in with the theme of the film. Equine Productions are producing a ‘day in the life’ series on behalf of Racing Welfare, comprised of one edition each day from 1st – 5th July.  The series will be filmed in Newmarket and feature a person working in different parts of the industry each day.  It will be filmed each morning and broadcast via Racing Welfare’s social channels later that afternoon.

Find out more and keep up to date: www.racingstaffweek.com @RacingWelfare