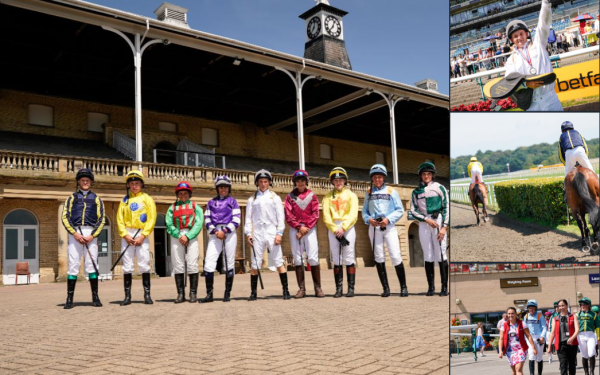 Racing Staff Week ( 30th June – 7th July) was once again successful in engaging and informing the public about the contribution of those working at the front-line of the racing and Thoroughbred breeding industries. The initiative is now in its third year and helps to raise awareness of the services offered by Racing Together partner, Racing Welfare.

The national campaign included collaborations with every racecourse that held meetings during the week. In addition, a whole host of racecourses, trade bodies, bookmakers and the media got on board to support the recognition of key staff.

There were two charity races that attracted a total of 24 riders during the week, raising over £18,000 for Racing Welfare. There was also an auction at Doncaster on 6th July and many exit collections at racecourses, bringing the overall total raised to £108,000.

Racing Welfare’s Chief Executive, Dawn Goodfellow said: “When we started Racing Staff Week three years ago, our initial aim was to raise awareness about the contribution of racing staff and to highlight the support services available to them through Racing Welfare.”

“We are very proud to now be at the stage where its legacy includes initiatives which impact on the lives of racing staff all year round. The speed with which it has grown has almost taken us by surprise and its success is very much down to the partnerships we have developed with racing’s stakeholders, along with all of the racecourses who host and support activities throughout the week.”

Racing Welfare aims to continue to grow the impact of Racing Staff Week, with a particular focus on promoting initiatives that positively affect the lives of staff all year round. The Jockey Club’s free meals provision, which was launched to coincide with the start of Racing Staff Week is one such example.