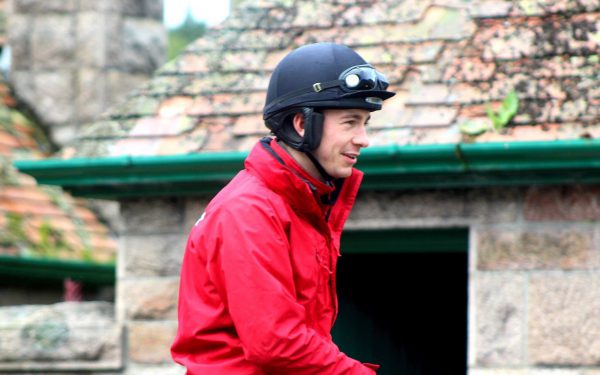 Regional Community Executive, Adam Ferguson talks about his role for Racing Welfare and the appetite among racing people in the North of England and Scotland to help others.

A creative route into racing

It’s fair to say that racing was a bit of a left-turn for me considering that my degree is in Creative Practice and Graphic Design.  However, I have ridden horses for as long as I can remember and always had one eye on Cheltenham Racecourse’s raceday calendar each year when I was growing up. With a formal structure in terms of pay, time off and the ability to progress within your role, racing was to me the most attractive equine discipline. I attended the National Horseracing College (formerly the Northern Racing College) and completed their 12-week residential course before being placed in a racing yard and starting on my journey in the industry.

I also completed the BHA’s Graduate Development Programme and enjoyed a stint at Weatherbys before securing my role with the charity Racing Welfare, initially as a Welfare Officer and now as Regional Community Executive, covering the north of England and Scotland.

Swapping roles helps me to engage with community issues

I worked as a welfare officer for almost three years and a huge part of that role is community engagement and profile-raising. I learned a lot about the importance of community relationships and being able to utilise the specialist skills and knowledge of other local charities and organisations. This is something that my current job allows me to focus on and gives me the opportunity to make valuable connections, which in turn support other teams across Racing Welfare.

Over the past few months, I have been involved with the Remembering Tim Jones fund. Following the tragic passing of Tim Jones, a talented young rider and familiar face in Middleham, North Yorkshire, his family set up a fund in his name. The intention is for money to be directed towards helping to increase awareness of mental health issues.  So far, the campaign has raised in excess of £13,000 and the money is being used to fund free places on Racing Welfare’s Mental Health First Aid training courses for people working in racing in and around Middleham. The hope is that all yards will have at least one fully accredited Mental Health First Aider amongst its staff team.

Key events open the door to the community

As part of my job I am also there to support our community fundraisers in my region. This includes anyone who is undertaking a challenge event to raise money for Racing Welfare, which this year has included the Great North Run and the Scottish Kiltwalks. I also work on the different community engagement events that Racing Welfare organises throughout the year, such as the Middleham and Malton Open days.  Both of these provide a fantastic opportunity for the racing community to showcase the inner workings of our sport to the public on a local level.

The popular Malton Open day takes place this Sunday (15th September) and I’ve been involved in the planning and organising of the day’s events.  From booking stallholders to liaising with trainers and mobilising our enthusiastic and generous fundraising volunteers, my role sees me at the heart of this great event.  The intention of these events is very much to strengthen Racing Welfare’s relationships with the local community and champion racing in each location.

There will be 13 trainers opening their yards from 8.45am until 12noon, including Richard Fahey, Brian Ellison, Tim Easterby and John Quinn. A full programme of family entertainment follows at Highfield Gallops in the afternoon, featuring the return of the ever-popular Linton Pet Shop dog show, which is open to all. Also back this year is the Moneyweb jockey and Pony Club relay show jumping competition and terrier racing. New for 2019 is a high octane flyball demonstration and Crombie Wilkinson and White Rose Saddlery jockey and Pony Club agility competition. The entertainment carries on from 5pm until dark with a party in the gallops marquee. There really is something for everyone.