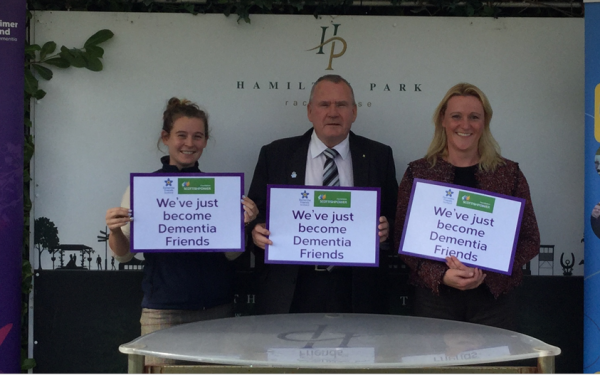 The session was lead by Alzheimer Scotland’s Anne McWhinnie and involved practical workshops, group discussions and plenty of advice on how to support people with the illness, which affects 60,000 people in Scotland alone.

Those in attendance enjoyed the informative session, particularly the guidance on how people can be supported in a racecourse environment.

Sulekha Varma, Hamilton Park Racecourse Racing Manager, said of the day: “We were very pleased to welcome Alzheimer Scotland to Hamilton Park Racecourse. Our racecourse staff are now far better equipped to support individuals with Dementia in a racecourse environment. I would encourage other racecourses across Scotland to follow suit and look forward to the partnership between Scottish Racing and Alzheimer Scotland developing in the future.”