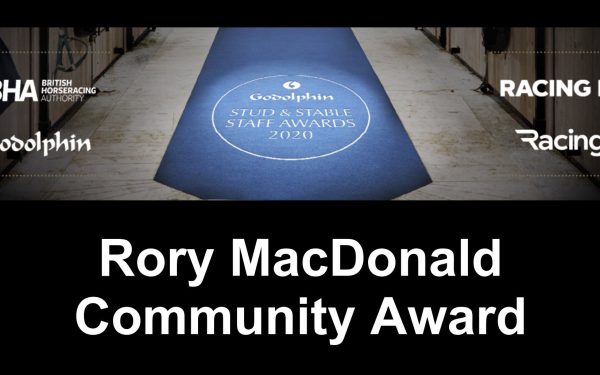 The shortlist for the 2020 Godolphin Stud and Stable Staff Awards has been announced today.

A total of 203 nominations were received, with the judging panel tasked with selecting a shortlist of ten candidates in each of the six categories.

Both Flat and Jump yards and studs are represented by individuals with a wide range of experience and backgrounds, from those who have worked in racing for just 7 months to those with over 50 years to their name.

The process of selecting three finalists in each category will now begin, with the finalists invited to London on Monday 20 February to meet with the judges. The awards ceremony will take place that evening at The Underglobe on London’s South Bank and will be hosted by ITV Racing’s Ed Chamberlin.

“Whilst whittling down the nominations to a shortlist of just 10 for each category is always an unenviable task, the examples of hard work, commitment and dedication shown by all the nominees never fail to inspire.

“I would like to extend my congratulations to all those who were nominated and wish those who have progressed to the next stage of the process the very best of luck.”

The three finalists for each category will be revealed in early January 2020.