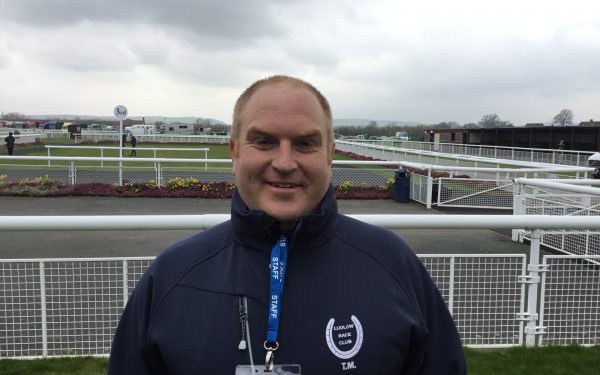 Why recycling at Ludlow is here to stay

Last summer we decided that enough was enough and it was no longer acceptable to just get a skip in for all our race day rubbish.

We took the first step by contacting Ali at Zero Waste Events. Ali came to have a look at our site and give us ideas about what we could do to start recycling at the racecourse. Ali and I spent an hour walking the site, looking at our restaurant and outside catering arrangements, as well as the bin infrastructure already in place. We came up with a plan.

For front of house we now have bin sets comprising a bin each for non-recyclable rubbish, plastic/cans and for paper.  For the less public-facing areas, such as the kitchens and outside caterers, we opted for a food-waste bin, a sack for recycling and a bin for non-recyclable packaging.

It’s a case of so far so good but putting in the system is only part of the job. We also needed the right process for storing and collecting the waste. So rather than using skips we now use 1100 Euro bins for non-recyclable waste and for our recycling. We also have food waste bins, which are collected separately.

We got all the bins and contracts in place before the season kicked off. On the day of our first meeting, Ali and Rose from Zero Waste Events came to talk to our caterers and collected the waste front and back of house throughout the afternoon. In addition, they litter picked to keep on top of the inevitable betting slips.

So what difference has it made?

We now recycle 85% of the waste produced on a race day and we are so pleased that people use the bins really well and far less litter is dropped.

The day after the meeting, we’ve seen that the stands are much cleaner and tidying up after racing is much easier. The whole process is that much more efficient.

Above all, the racecourse is doing its bit for the environment, which has got to be good for us all.

A major aspect of using the services of Zero Waste is the cost-saving compared with using skips and not recycling. Looking at the 2017 Christmas meeting, for example, we would have had three skips on site to cope with the volume of waste, at a cost of £320 each so a total of £960 on skips alone. Add to this the two members of staff needed on the day to empty bins etc and the day after racing we would have had 10 men (40hrs) spending the morning litter picking and collecting the bags of rubbish  – a total cost of around £420 in labour. It’s a stark fact that waste handling was costing the course almost £1,400.

Fast forward to using the Zero Waste team and the savings are huge; we now use a managed wheelie bin system with collections after each meeting. This costs us a standing charge of 0.10p per day (large bins x 8) and the bin collection has a costing of £170, which consists of trade waste, cardboard, and food waste. The cost of the Zero Waste team was £350 for the Christmas meeting and £320 for men to clear up the day after. The result was a year on year saving of nearly £540 for just one race meeting. I think that speaks for itself.

Even on quieter racedays, we are still saving money by not needing skips and labour. We get a fantastic service and huge cost saving.

I would recommend this approach to all racecourses that are yet to recycle – make it a resolution in 2019.

If you would like advice on recycling at your racecourse feel free to contact me at Ludlow on tommoreland@ludlowraceclub.co.uk or email Ali on alison@cwmharry.org.uk or give her a ring on 07972 858313.