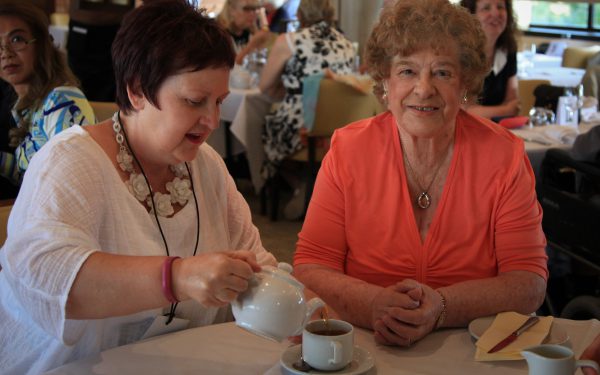 Spotlight on the runners-up in the RCA Showcase award category for Community & CSR: Beverley Combat Loneliness

‘The impact of such events on the participants’ lives cannot be understated’
Following the success of Beverley’s 2017 skin cancer awareness campaign, their 2018 community objectives focused on creating another initiative to tackle a pressing issue in the local community, using their position as a community hub to help.
From initial investigations it became obvious that there was a need to focus on social isolation. They identified Contact the Elderly, a charity tackling loneliness among isolated older people by organising tea parties at volunteer hosts’ homes.
Improving awareness of Contact the Elderly
Two tea parties were hosted during the 2018 season in July and September, bringing together regional Contact the Elderly groups. Over 100 guests from groups within a 25 mile radius of the racecourse were invited, with a live band and tea and home-made cake served through the afternoon. Beverley’s team ensured that the comfort of guests was paramount, setting aside a private facility and seating for all with drop offs outside the facility. A further four tea parties are planned for 2019.
Recruiting volunteers and identifying those who need their support
One week prior to the first event, Beverley launched a PR campaign introducing the charity and the partnership to local media, with the aim to recruit volunteers and isolated elderly people that may benefit from an introduction to the charity. Raceday advertising reached a potential audience of 67,553 racegoers throughout the season while local media reached an estimated 1.24million.
Over 250 people have enjoyed a tea party at the racecourse this season, with a projected 375 to attend in 2019.
Contact the Elderly in East Yorkshire has seen an additional five volunteers and nine guests recruited to date. Beverley are forming a comprehensive CSR legacy, with plans for events extending to 2019 but also to events outside of the racing season including a Christmas dinner party. The partnership has been beneficial to Contact the Elderly who have used the partnership template to approach other venues in the region to host tea parties, with three new venues confirmed.
Did you know?
• 3.6 million older people live alone. 2.2 million are over 75, a 24% increase since 1998.
• 1.9 million older people say they feel “ignored” or “invisible”.
• 2 in 5 older people say the television is their main source of company.
• Half a million older people in the UK say they go five or six days a week without seeing or speaking to anyone.