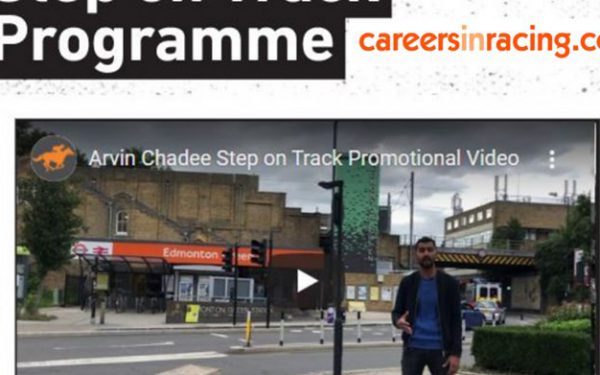 Careers in Racing (CiR), the dedicated careers marketing arm of the British Horseracing Authority (BHA), has today announced the launch of a new programme designed to introduce young people from Black, Asian and minority ethnic (BAME) backgrounds to the horseracing industry.

Step On Track has been developed in response to the lack of BAME representation within some areas of British racing and aims to engage young people from ethnic minorities with Britain’s second largest spectator sport, as well as showcasing the varied and exciting career opportunities that it can provide.

The programme will take place during Black History Month in the October half term (26 – 30 October) and will include daily events including talks from inspirational racing figures, activities and the opportunity to go racing as a group at an appropriate point in the future.

Upon completion of the course, the candidates will receive ongoing mentoring and guidance, as well as assistance in finding work experience placements within the industry.

View the flyer promoting the Step on Track Programme:

The scheme will initially be open for between 6 – 12 people by way of a pilot, but with ambitions to increase participation in future schemes.

Candidates for the pilot event are being sourced in part through racing’s links with community groups such as Ebony Horse Club, Urban Equestrian, Gloucester City Riding Club and Park Palace Ponies, though anyone with an interest in participating can get in touch via info@careersinracing.com.

Zoe Elliott, Head of Careers Marketing and Recruitment at the BHA said:

“The proportion of BAME representation is an area which many sports are considering at present whether that be at participant, executive or leadership level.

“Racing is committed to striving to be a diverse and fully inclusive industry, but many are aware that young people from ethnic minorities may not have easily available access to learn about the sport of horseracing.

“As the body responsible for marketing racing as an exciting and fulfilling career, Careers in Racing is keen play its part in addressing the challenges racing faces in this area.

“We hope that Step On Track will be a positive initial step to showcase racing both as a sport and as an industry to young people who may not have encountered it before, with the longer term aim of growing the scheme to become a permanent part of our wider programme of existing careers marketing activity.”

Sulekha Varma, Clerk of the Course at Aintree Racecourse and one of the speakers on the scheme, said:

“I’m really looking forward to taking part in Step On Track and talking to those on the scheme about how enjoyable and rewarding working in racing can be.

“As an industry it’s given me the chance to fulfill my love of racing as well as providing a varied, exciting and fulfilling career, and it will great be to share these experiences with those who are new to the sport.”