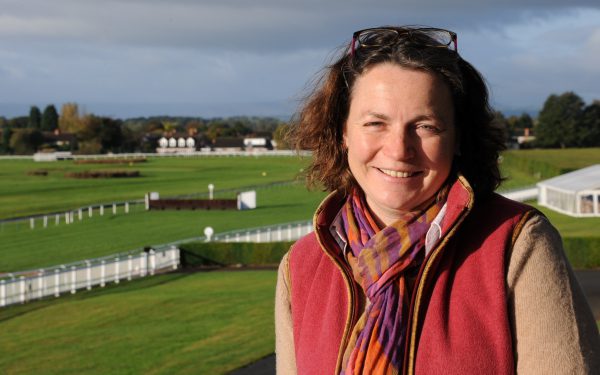 You don’t know what you’ve got ‘til it’s gone. Words that Rebecca Davies, Executive Director of Hereford might well hold dear since the racecourse returned to the heart of the community in October 2016 after a near four-year shutdown. Three years on and Hereford is a much valued neighbour of local business and organisations, such as St Michael’s Hospice.

Making up for lost time

As our third season since re-opening ends, the Hereford team has worked hard to build important local links with businesses and supporters. Our first event before we reopened was a charity fundraiser in September 2016 for St Michael’s Hospice, and in March we recently hosted a Charity Raceday for them raising £47,000.

It’s been a really fun journey that really we have only just started. The support of colleagues at Arena Racing Company (ARC) HQ and at other racecourses has made it all possible, especially during June – October 2016 when we were busy getting the site back ready for its historic reopening on 6th October and it literally was all hands on deck.

Locals know their racing and love the horses

Hereford is special now, because of the shared passion people have for the racecourse. I think having lost it, local racing stakeholders and supporters really value it being back. We enjoy a very knowledgeable and local crowd with a fab atmosphere on racedays, with rarely any trouble that you see at some other racecourses. People come to watch the horses and racing, and you can see that by the number of people around the pre-parade ring for each race.

We have tried to build strong local links, which includes charities. Rather than just doing bucket collections, I try to engage with charities that can offer something to the raceday and a meaningful partnership with us. This means that their supporters can engage with racing, sometimes for the first time, but also that they can improve awareness of the racecourse and share important information with racegoers, as well as collecting at the gate. We find this increases our admissions, and that charity lunches are very popular.

It has taken time to re-establish ourselves with local business; we’ve had to prove ourselves again but it’s starting to come together now with some great, strong commercial partnerships. It is great to be able to use the racecourse as a platform to showcase local businesses in a mutually beneficial way.

We hosted a pre-opening event in Sept 2016, organised by BBC 5 Live Racing correspondent Cornelius Lysaght, who has strong links with St Michael’s Hospice. My own Father died of a brain tumour in 2014 and we as a family benefitted from massive support from Dorothy House Hospice in Somerset.

That experience introduced me to the amazing work of hospices and I am proud within my professional capacity to now be in a position where I can help them, through St Michael’s Hospice, which is local to the racecourse.
Visiting and seeing St Michael’s for the first time was very humbling and emotional for me, I just want to help them as I know first-hand the support and lifeline that hospices provide families.

I’d kept in touch with them since 2016 and met for a coffee occasionally with Paddy Nugent, their Community Fundraising Manager, and then we agreed on the charity race day. The charity race came about at one of the meetings as an idea to raise extra money and idea became reality!

The final fundraising total was £47,000 and we are very proud as a relatively small racecourse to have supported our local hospice, and such an important charity to the County, in such a big way.

“In quite different ways, the work carried out by the Hospice and by the racecourse help significant parts of the Herefordshire community, and, being a passionate supporter of both, I was so pleased – and rather proud – that they were able to combine for a hugely enjoyable and profitable race-day in aid of St Michael’s in March.

“I think that the good turnout showed how much people care about their hospice and also how delighted they are that the racecourse has achieved that great rarity amongst closed sports venues and re-opened. I hope very much it was the first of many times they come together.”

We have also worked with Mind Herefordshire and Racing Welfare to raise awareness about mental health in racing and Herefordshire; Breast Cancer Haven; Merry Millers (local farming charity); Hereford Riding for the Disabled and ABF The Soldiers’ Charity when we raised £10k for them back in November 2017.

We hope to do a lot more for our local businesses and charities in the future.